Weather disrupted the Dig Day on Saturday with it being postponed until Sunday, however we had the Digger so Mr Haven had the waterproofs on and braved the hail and cold southerlies to build track.

This weekend’s mission was to start on the as yet unnamed climbing track down the far end.  The concept behind this is a climbing friendly and fun track will take you from the bottom of the land to the top and you won’t mind. It will be so much fun, that you will love coming down it.

It was great to work in an area that I have never set foot on, it was pretty exciting to finally be track building on the “forgotten” corner of the land. Most people, including us, tend to think the row of pines is the end of the property but it extends a lot further. I did a bit of exploring in the rocky end in amongst the Kanuka and it was like being a little kid again rock and tree climbing…

Here are a few before and after shots. 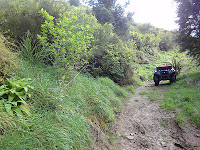 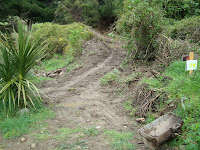 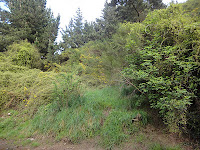 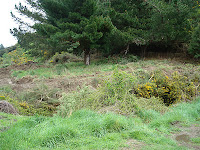 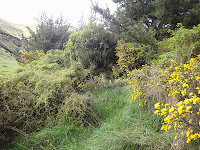 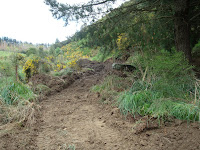 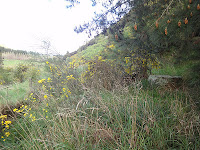 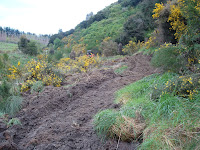 We made steady progress on Saturday cutting and winding along the fenceline and dealing with broom and gorse of increasing age, toward the property boundary it was getting close to 20 year old gorse, and it was very satisfying to pull it out roots and all with the Digger. I also got my first jumbo rock out and made it to the first corner as night fell. There are lots of giant rocks that add to the scenic look. 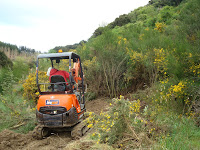 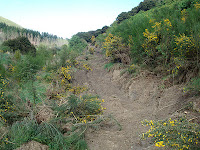 Sunday dawned a better day and back into the fun on the digger. It was slower going as it was all jungle to traverse with many humps and hollow and cliffs to fill up and negotiate. Lots of established Mahoe shading out the broom and gorse in amongst some giant Elderberry trees. At close of play, we were about 20-30m away from the next corner having completed 358m of track. 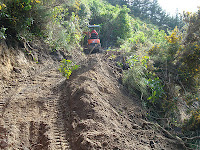 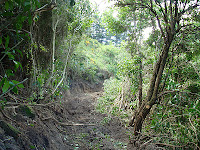 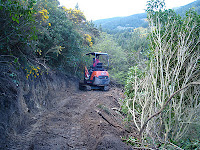 Lisa was working away on the berms on Anti Disestablishment, this is firming up nicely and should be ready for riding by the end of the month. Lisa has sorted out two of the four major berms and Shailer has raked most of the rest of the track. The culvert has been purchased for the tributary crossing, this should go in over the next month. 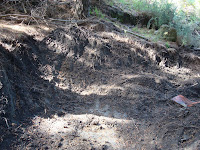 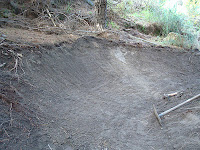 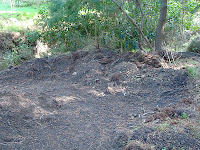 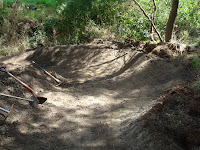 Over the next couple of months, we hope to have Frank’N’Furter ready for riding and extended some more, reopen the Miners Track and, with luck, finish it, in order to meet up with the Climbing track which should be finished by Christmas. We have another allocation of natives from Trees for Canterbury to put in the ground as well.

We hope you come out soon for a visit and a ride.
Mr Haven