Spring has officially sprung and we have seen rampant growth, lots of native birds, and the orchards are starting to flower, typically we have also seen plenty of rain and sun and a couple of cold snaps.

Plenty of work has been happening to prepare the park for a long summer of riding.

Ali has gone to extraordinary lengths to finish off his track, including building a bridge and getting over it! We now have a bridge accross the creek to allow access to Fenceline and then on to AliTrack – it looks and rides great! No more wet feet! 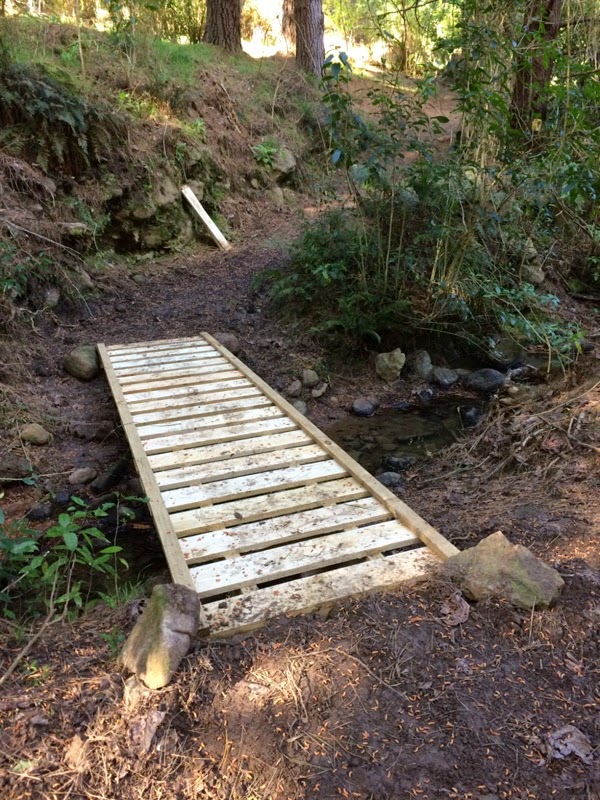 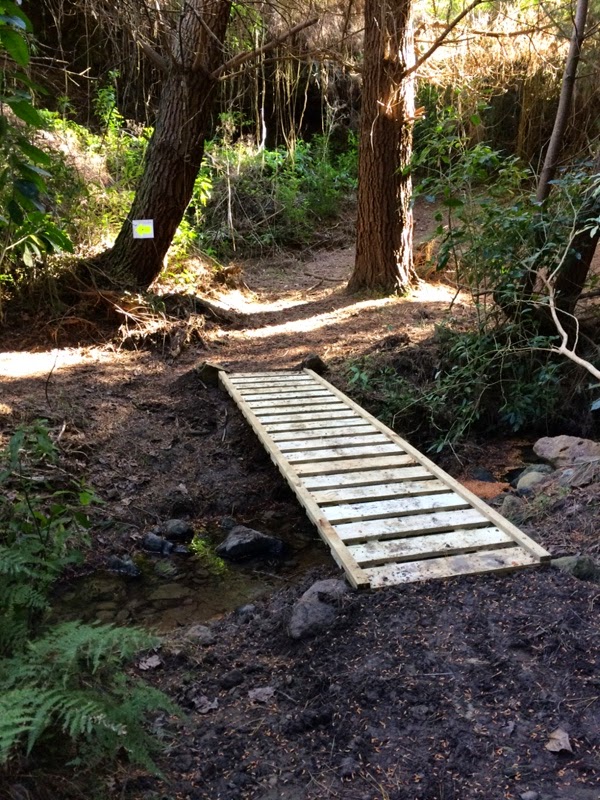 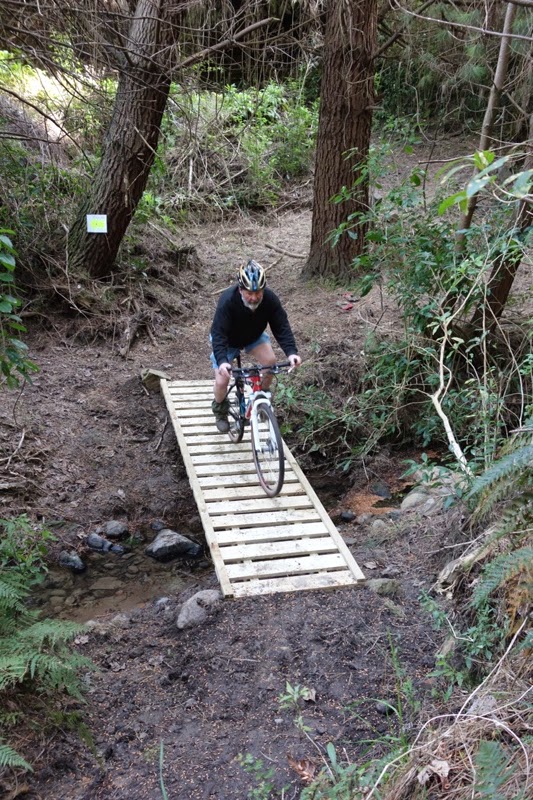 We’ve also smartened up the wet corner by the waterfall on Fenceline. 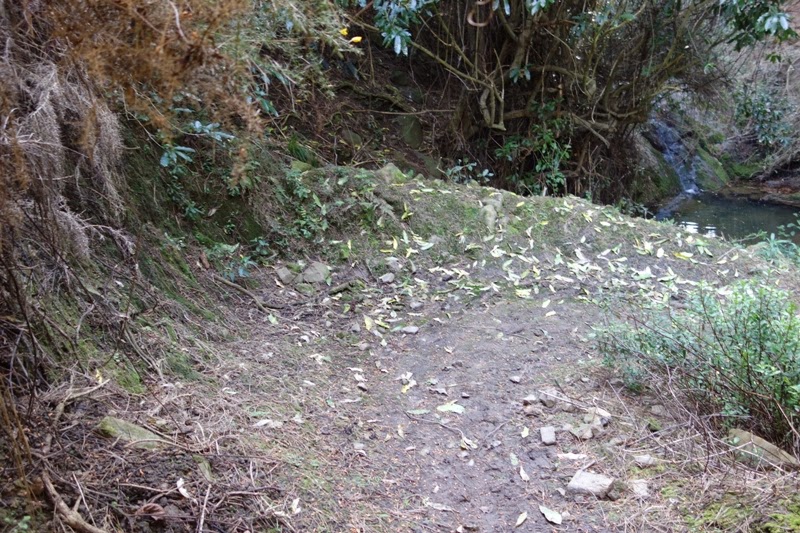 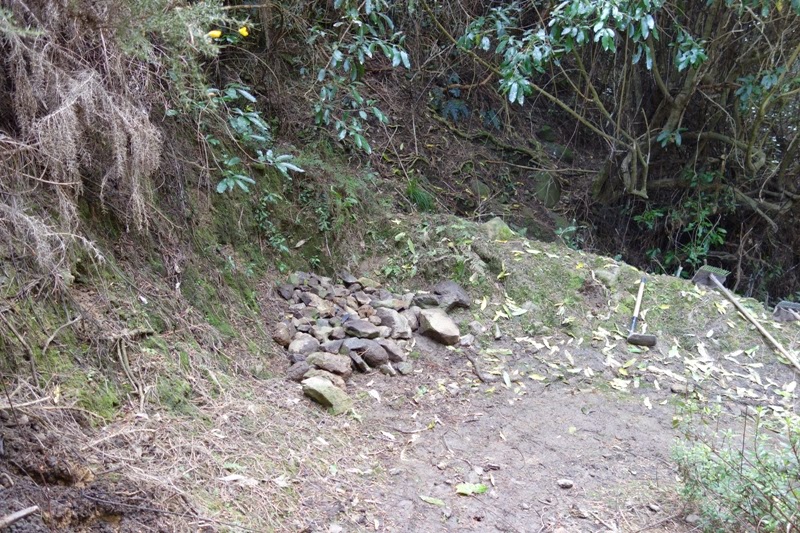 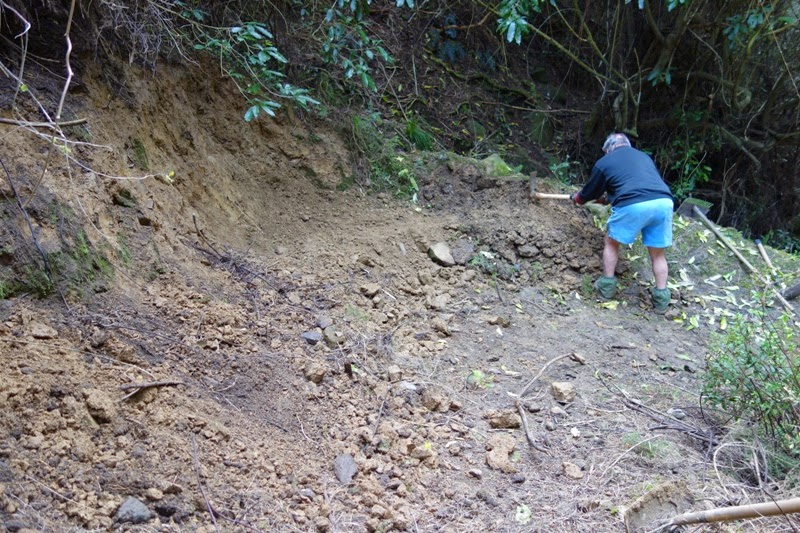 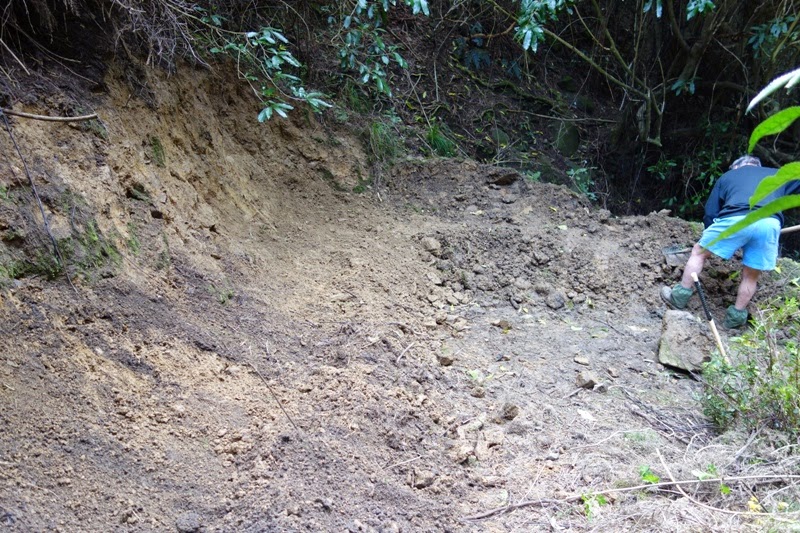 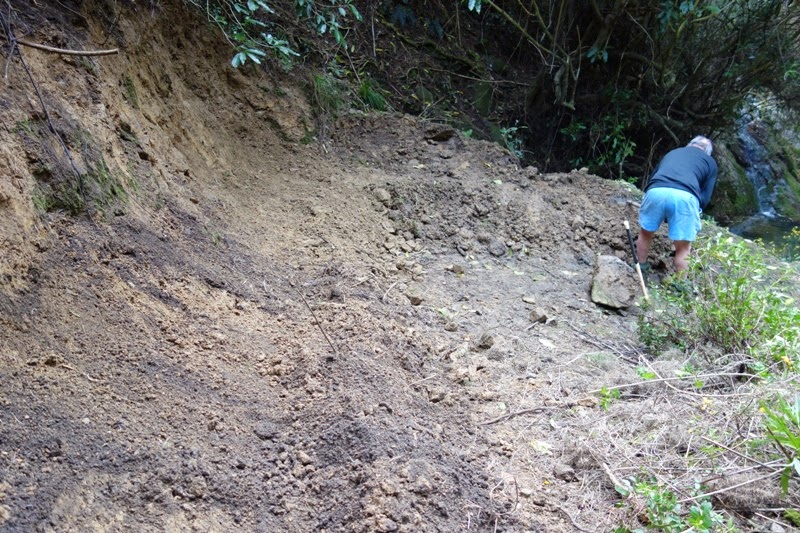 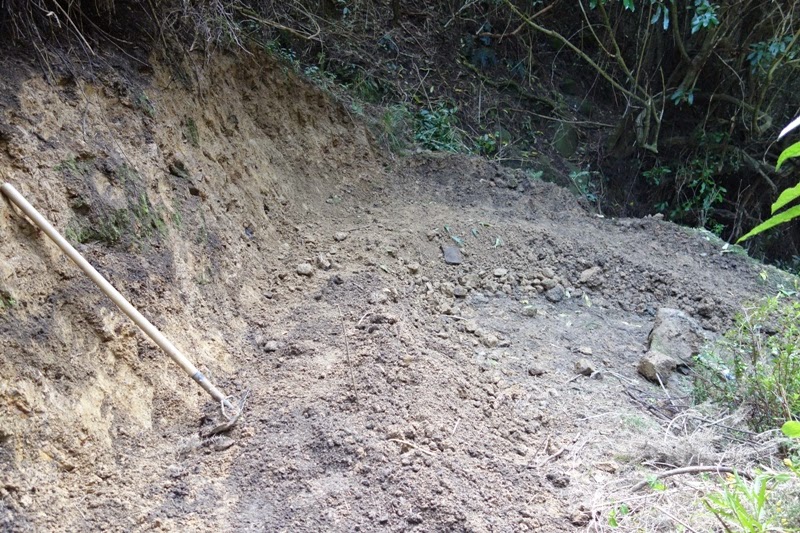 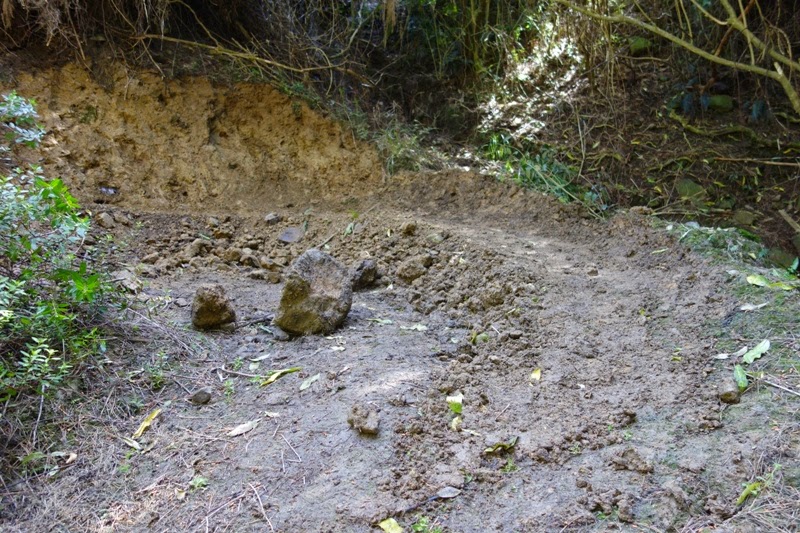 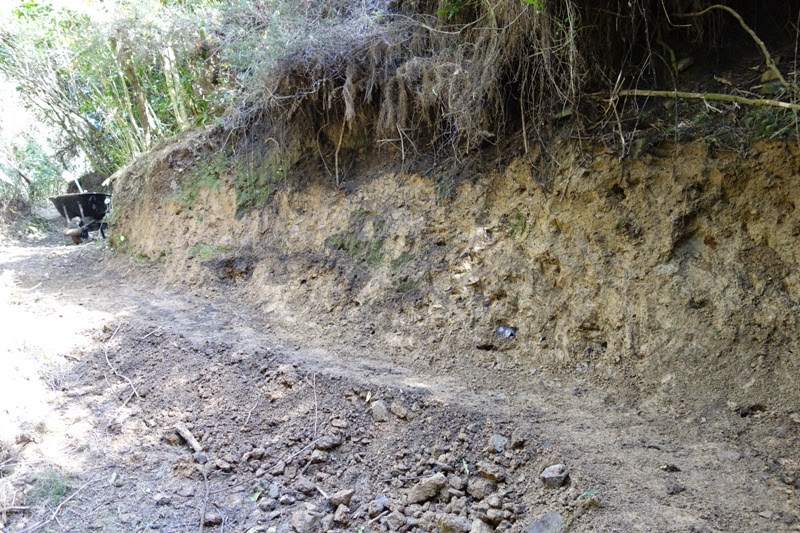 Work is commencing very quickly on the Ali Traverse Track (2) which is branching off Ali Track and making it’s way down to the Skills Area, we’ve had a preliminary bush bash and it looks like it will be another amazing track predominantly in regenerating native bush. We’re benched 100m of track or so and are  finishing off our first set of corners and hope to avoid any more corners until we get closer to the end of the track.

Here’s an impression of how it’s been going. 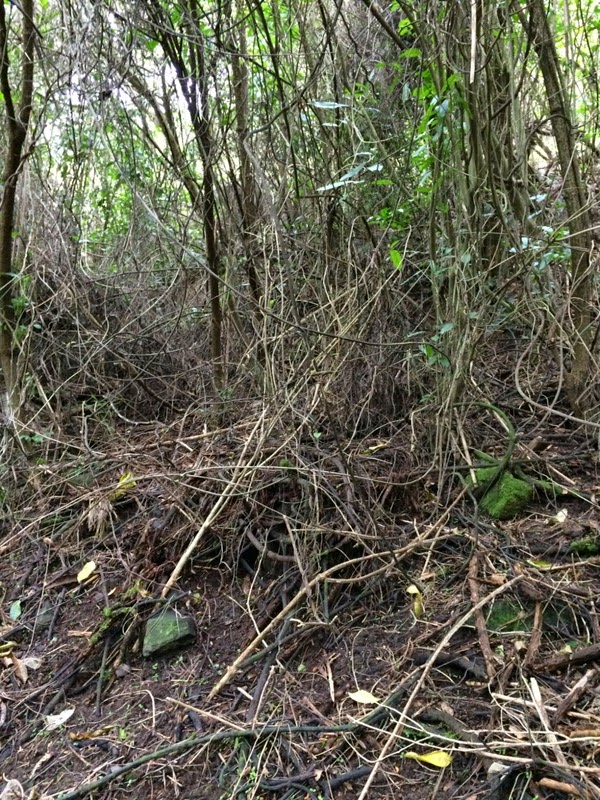 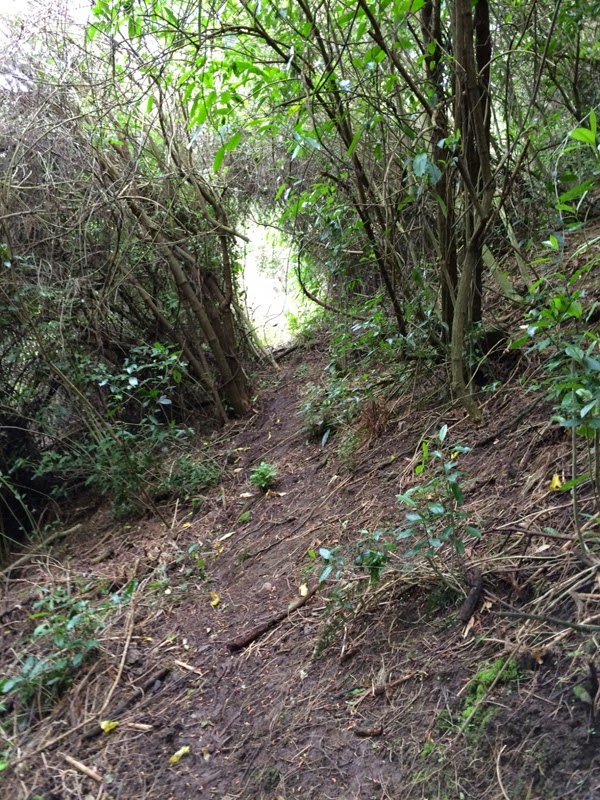 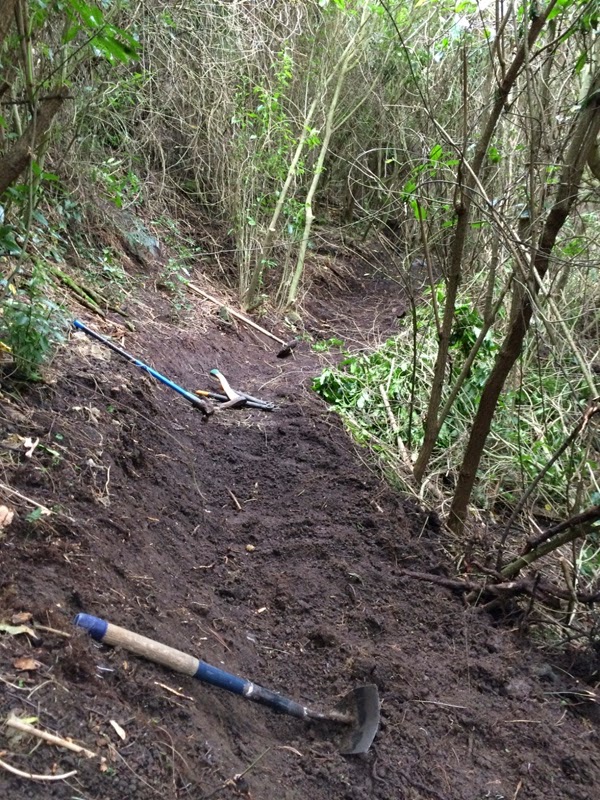 The next steps after this are:
Finishing touches on benching
Seasoning (couple of months of wind, rain and sun)
Cut back trail corridor and spray.
Ride
Repeat

We are looking forward to more trail development and planting and having a lot more visitors over the next season of riding. Come out and have some fun at Haven.