Here at Haven Mountain Bike Park, we didn’t suffer as badly from the snowstorm as Christchurch did, so it was Digger action again for our planned Dig Day.

We have now implemented a policy of track rotation for the Digger to allow for faster recovery and therefore the tracks should be ready for riding faster. The plan is to have about four or five tracks on the go, and rotate them each Dig Day so we don’t create any undue damage to freshly made tracks.

With that, I had cunning plans for a newly discovered part of the land which should produce exciting trails. On Friday evening, I had a bit of fun, before it got dark, clearing scrub and discovering the edges of the creek. Once it was cleared I had a better idea of where I wanted to go and what was possible.

I got up bright and early on Saturday, so I could get another track started and get off the main road where it starts before any of my neighbours wanted to use the road. Lisa shelved plans to plant our trees and headed up the hill to give C1 a bit of love by hand.

I took a few photos as I was going along, as I never seem to remember to, it is always good to see what it all looked like before the track goes in. 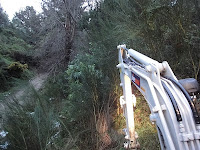 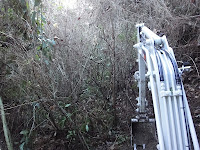 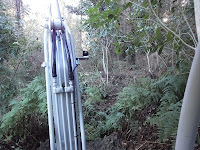 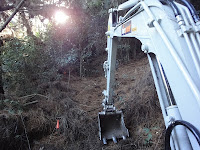 It was pretty good going and fun, I got some nice swoopy corners in and a bit of up and down to add excitement, all in a lovely part of the property, with the water rushing close by.

I broke a rule after making a perfect corner, I found out I was closer to a pine that I would have preferred and had to go under it, forcing me to spend quite some time breaking through it’s tenacious roots, but on dark I got through.

We had a couple of new members come on out and give us a hand which was great.

I had forgotten that Lisa was heading out for the evening, so after tea, I decided to give it another nudge. Armed with my awesome night riding lights, I pushed through the scrub and started the prep for the next corner which I was pretty stoked about. It was pretty scary and I had to stop quite often to make sure I was going in the right direction, but I got another 20m or so in and I didn’t get into trouble!

Sunday I pushed round the corner, my first from above, which was a bit nerve racking, and that was with an established bench to drop onto! I then progressed to the next section and stopped as I knew what I wanted to do, but was uncertain how to do it on the Digger, so I will be going back with some expert tutelage, rather than give it a go and end up in the poo. I tidied up the corner on the way back, and then a bit of cosmetic work on the way out. However, it only needs a rake and some Berm Queen loving on some of the corners and some resting before tyres can start shredding it.

All up we have built 149m of intermediate track on Fred. Ask us why it’s called Fred some time… 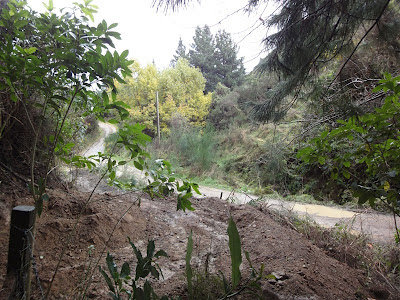 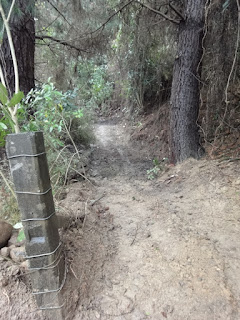 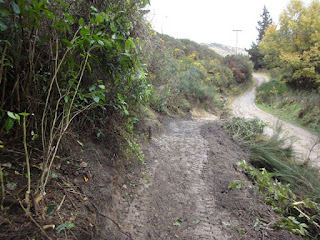 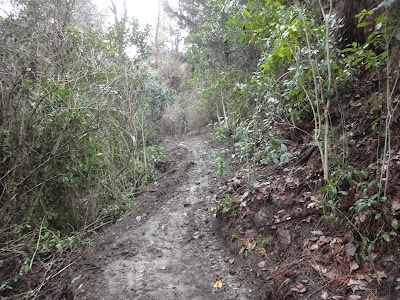 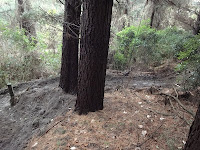 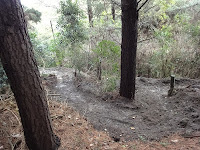 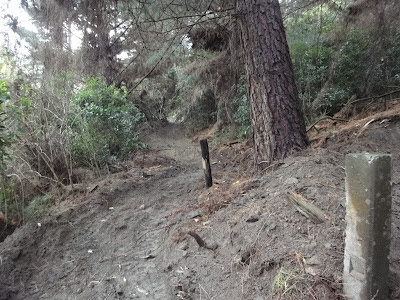 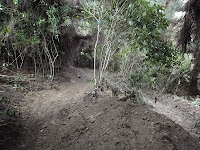 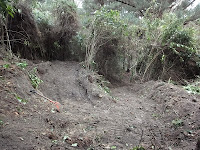 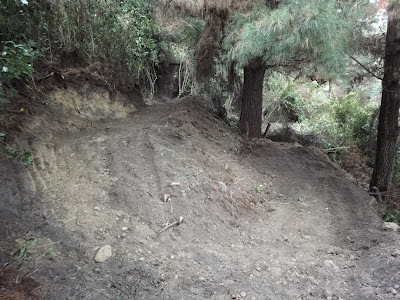 I then headed up the road, to the “area I had prepared earlier,” and started refining the basic idea I had. The track will start with a massively steep chute into a nice big berm that should launch you into a wee pinch climb, past an awesome native forest section and turning into and traversing one of our Gum wood-lots. I was pretty nervous about this as it was uphill and off-camber and I had planted the gums pretty close together. But the journey was a heap easier than I expected and didn’t kill any gums although I nudged a couple, so I was pretty stoked!

After this wee climb, the terrain levels out and we enter into a teenage Kanuka forest which I skirted around after putting in some other wiggles and a climb up to a shelf where I started the next corner. It was fun and easy digging, so it was a great way to finish the weekend.

All up we have built 91m of intermediate track on Project G. 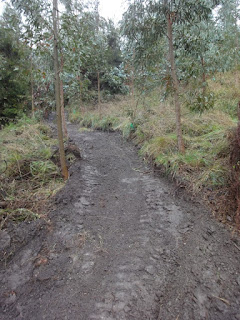 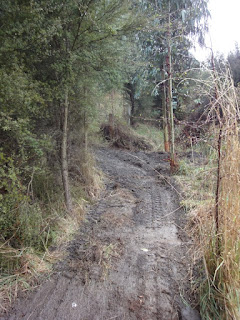 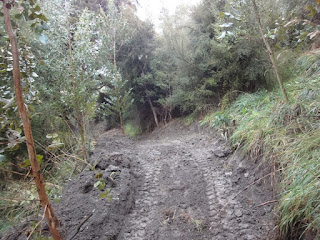 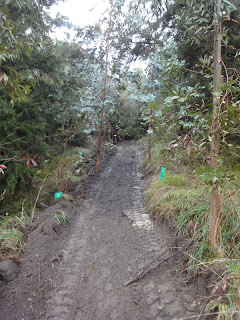 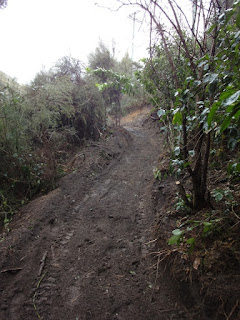 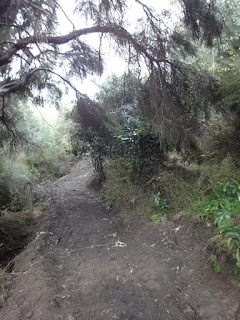 Today, we had 5mm of rain in about 45mins so I was a nervous lad when I went down to survey the new tracks. Ideally during construction or the day after is the best time to rake out the tracks as the dirt is still nice and fluffy! I am pleased to report that the new tracks albeit pretty slippery in a couple of places is all good.
The good thing about coming in after some heavy rain is you see where the water wants to go, so I made a quick grade reversal for one spot.
Under the canopy, the dirt was still nice and fluffy, so I got some good raking action in. After my efforts, I went back for some lunch, with another bout of hail arriving as I entered the house, more good timing.

I would seem that the forecast of the dry winter is already put to rest, as we are still pretty wet, all tracks at Haven MTB Park on Banks Peninsula, Christchurch are CLOSED for the time being.

We hope to get the digger again in a couple of weeks, if you want to give us a hand or watch the action, feel free to make contact.